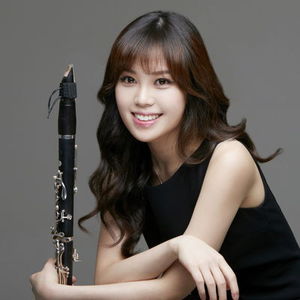 As an immigrant from Korea who arrived in Canada at a young age, I have spent my life straddling two very different cultures and languages. While there are aspects of this bi-cultural existence that I love, there are times when I find it difficult to live with one foot in each world. I have discovered that music is the universal language that can bridge any gap in custom or tradition, and the clarinet is my voice.

What first drew me to this instrument and continues to awe me to this day is its vast range of expression and character. Through constant collaboration with different artists in different mediums, I aim to create more opportunities for the clarinet to be seen outside of an orchestra. Highlights of this journey include commissioning a new concerto by American composer Eric Nathan for Violin and Clarinet with violinist Stefan Jackiw, premiering a re-imagination of George Gershwin’s Rhapsody in Blue for Clarinet and Orchestra by Korean composer Texu Kim, as well as presenting recital programs - in such venues as Carnegie Hall, Chicago’s Dame Myra Hess Memorial Concerts series and Washington Performing Arts’ Music in the Country series - that shine a light on the endless expressive capabilities of my instrument.

The year 2016 was the Big Bang in my Yoonahverse that led me to begin my journey. At the beginning of the year I became the first woman to win Vandoren’s Emerging Artist Competition. A few months later, I graduated with my master’s degree from The Juilliard School, and then was appointed to Ensemble Connect, a two-year fellowship program under the joint auspices of Carnegie Hall, The Weill Institute, and The Juilliard School. Ensemble Connect provided me with a platform to share classical music in public schools, homeless shelters and correctional facilities. At the end of the year, I won the Concert Artists Guild Competition and joined their roster as the first clarinetist in nearly 30 years.

My penchant for existing in multiple worlds at once has influenced my work as a collaborator. You are just as likely to find me performing at Brooklyn’s National Sawdust with Founders - my genre-bending, folk-inspired songwriting collective - as you are to run into me playing Messiaen’s Quartet for the End of Time in a crypt in Manhattan, a performance in which The New York Times reported on my "inexhaustible virtuosity".

At the end of the day, I like to unwind by curating my YouTube channel, on which I feature videos of my performances as well as my original recipes in the kitchen, and training my dog Ludwig to do cute tricks.