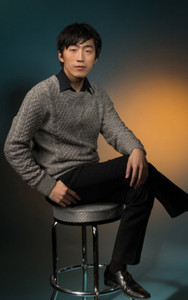 Pianist Do-Hyun Kim is a captivating, powerful artist establishing himself for displaying incredible depth of artistry in a wide range of repertoire. After presenting him with a prize for best performance in the Semi Final round of the 2019 International Tchaikovsky Piano Competition, Maestro Valery Gergiev personally invited him to return to St. Petersburg to perform on a special winners’ concert this past season, and Yamaha invited him to appear at a “Rising Stars Pianists Concert” in Tokyo.

Do-Hyun Kim has performed as a Fellow of the Gilmore Keyboard Festival with Kirill Gerstein, at the Verbier Festival in Switzerland, Honest Brook Music Festival, Bravo! Vail Music Festival and New York’s Pianofest.

Originally from Korea, Mr. Kim moved to the United States to earn his Bachelor’s degree at the Cleveland Institute of Music, where he studied with HaeSun Paik and Sergei Babayan. He continued his studies with Mr. Babayan at The Juilliard School, earning a Master’s in 2019, and returns to the Cleveland Institute this year to pursue an Artist Diploma.